Our softeners are proudly made in the USA
WaterSticks is the inventor of the ShowerStick shower water softener. The ShowerStick makes it possible for you to have soft water while showering without having to install a costly whole house water softener. It contains softening resin beads and works via ion exchange as a whole house water softener does to remove hard water minerals such as calcium and magnesium. And it’s portable, so you can take it with you if you move! A filter mainly removes chlorine but doesn’t remove any hard water minerals. People purchase many different types of filters but aren’t always happy with the results which is most likely because they’re still showering in hard water. But since the ShowerStick is a softener, it will remove those nasty hard water minerals that are notorious for causing all kinds of skin and hair issues. Do you suffer from dry, itchy skin or psoriasis or eczema (dermatitis)? Do you have dry, brittle, frizzy, straw-like hair? Are you experiencing hair thinning or loss? Is your hair color fading? Are your shampoos and soaps not lathering? Is there hard water buildup inside your shower and on your glass shower doors? The white chalky limescale residue buildup on your glass shower door and on your fixtures (especially caked onto the aerators) is hard water. It’s the same thing that builds up on your skin, scalp, and hair when you shower…yuk! So, remember…the ShowerStick is a SOFTENER, not a FILTER, since it will give you soft water. What exactly is “soft” water? It’s water that’s lacking hard water minerals such as calcium and magnesium. And it’s easy to prove that a filter doesn’t remove minerals and a softener does by using a water hardness test kit.
ShowerStick
KDF Shower Filter
ShowerStick

The ShowerStick is a true water “softener” since it removes hard water minerals such as calcium and magnesium which are known to cause dry skin and hair. This means the water from the ShowerStick will test as soft water when using a hard water test kit. But this isn’t the case with a shower water “filter” since they are not capable of removing any hard water minerals (see for yourself by using a hard water test kit). This is the reason so many people who first try using a shower filter alone don’t end up happy with the results it gives. It’s great that a filter removes chlorine, but to get the best results regarding your skin and hair, you need to soften the water. For a more in-depth explanation regarding why shower filters don’t soften water, please follow the link: Does a shower filter soften water? Have you ever seen the white chalky buildup on a glass shower door that’s hard to remove? That’s hard water! And if it’s building up on the inside of your shower, you can bet it’s doing the same thing on your skin, scalp and hair – yuk! The ShowerStick will remove these nasty minerals and a bonus is that your shower will stay much cleaner too. Although the ShowerStick costs more to purchase initially than a shower filter, it costs a lot less in the long run. Think about how much you spend yearly on shower filters and multiply that number by 10. Ten years is the average lifespan of the ShowerStick so it ends up costing far less and it does so much more.

The KDF shower water filter contains the most effective media there is to remove chlorine in high temperature shower water – patented KDF 55 copper-zinc alloy. KDF media actually becomes more effective in higher temperatures (such as in a hot shower) but this is not the case with other filters such as those containing carbon – theirs becomes less effective! 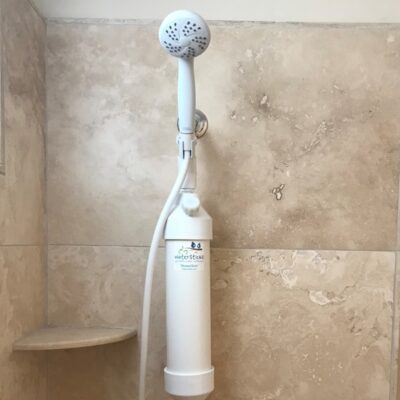 What’s the Best Shower Water Filter to Soften Water? There isn’t one! Only a “softener” … 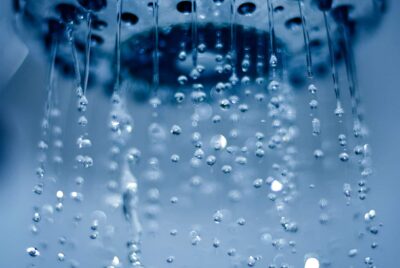 How Soft Water Can Benefit You! Informative articles about the benefits of soft water for …

Why do companies claim their shower filter can soften water if it really can’t? We’ve …